The beginning of the year started out quiet at Harrison Street Records and Pine Mountain Studio. The guys and I took a couple months off to recover from a crazy 2014, while my very organized Studio Manager and Lead Engineer, Sammy Fielding, got both studios in order by upgrading equipment to keep us current! Thanks to Sammy and my Assistant Studio Manager and Engineer, Bijan Sharifi, the studios have never been in better condition. But there are also exciting things happening in the upcoming months. The band and I have scheduled two recording sessions this summer, as well as our annual benefit concert on December 3rd for ExtraFood.org, at 142 Throckmorton Theatre in Marin County (save the date).

In the meantime, my art director, Molly Tuttle, and I will spend time in Paris and meet up with our friend and photographer, Danielle Rubi-Dentzel, for our annual Paris photo shoot. Paris is magical and I tend to do a lot of writing there, so I am excited to see what music comes from this trip. I will also travel to New York, to work with a dear friend who is an amazing teacher (I am always interested in learning better songwriting skills), then to my beloved hometown Detroit and, upon my return, the guys and I will begin the recording sessions.

My team and I are also actively looking for space in Sausalito to expand Harrison Street Records. We are ready to expand one more time and have a studio by the water, close to lots of musicians who can pop in for a day for more casual, old-school music-making. We will build a studio filled with a lot of analog gear, and a live room made of redwood, for that rich, full and beautiful vibe that came out of the recording studios in the 70’s. Don’t get me wrong, we love our API consoles and all the benefits of technology, but much of what we love about making music is the actual “making of music” with real musicians, playing real instruments, and sometimes even making “mistakes” which often turn into gems. When we are trying to get a violin sound, we like to invite a real violin player instead of trying to replicate that sound with a button like so many studios do. Much of the music on the radio today is over-produced, generic sounding, vocally auto-tuned music that leaves me wanting, more than ever, to feel the humanness of a song. I want to hear when I take a breath, or when a string squeaks as George moves his fingers up the neck of his guitar or mandolin, or the sound of Ricky’s voice as he counts us all in and the laughter after we’ve gotten a great take. So we have a modern, urban studio in San Francisco — a huge, very technically advanced studio in Alexander Valley — and now we will have an old-school studio with vintage gear in Sausalito, a place where so much art has been and is still being created…all the makings of great music that will live on.

So, Paris lights and good friends, lots of songwriting, being with my music family of guys making music overlooking Alexander Valley, and lots and lots of sunshine…stay tuned for more news as it comes….and remember to “spread the love”. 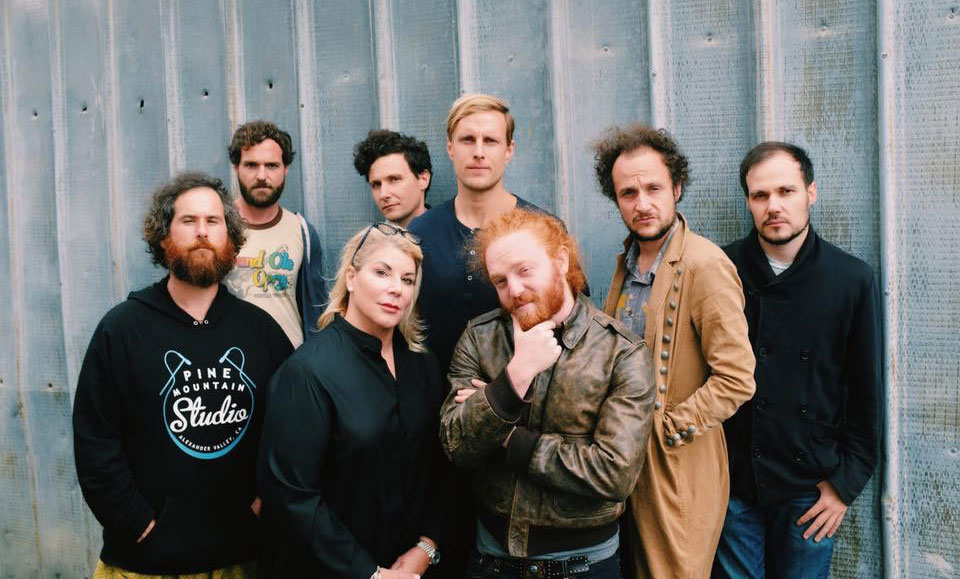